Thanks to posters on The Vintage St. Catharines group on Facebook, I now have two period views of McKinnon Industries on Ontario Street in St. Catharines. This is one of the places on the Niagara St. Catharines & Toronto Railway that speaks most strongly to me, as I spent my high school years living near the plant and encountering the CNR switch job that served it on an almost daily basis. 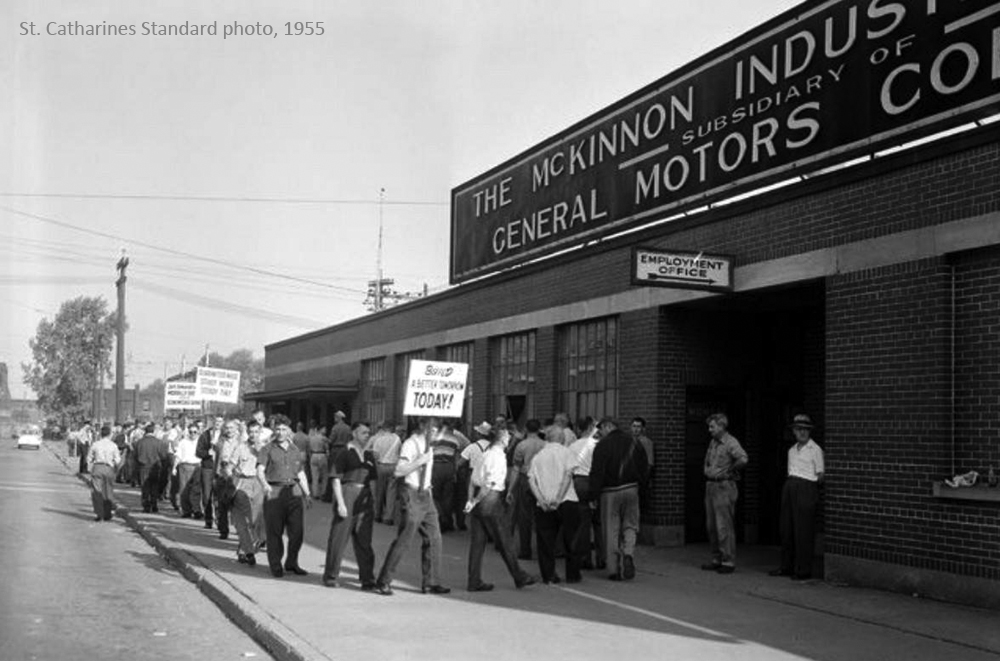 This image was shot for The St. Catharines Standard newspaper during a major strike by General Motors employees in 1955. The building is on the east side of Ontario Street, and the photographer is looking roughly north: The foundry on the west side of Ontario at Carleton Street can be seen on the left edge of the photo in the distance.

According to several online sources, the union called this strike over frustration with the pace at which General Motors was implementing the terms of a five-year agreement negotiated in 1950. It was a long strike – lasting five months and involving 17,000 GM employees at several plants in southern Ontario. At the end, the workers received what they sought: A pay raise, more secure working conditions, and a health plan.

For me, this photo answers a couple of important questions. First, I know that I won’t be modelling this particular era – I’m sure the NS&T did not make any deliveries to GM on Ontario Street while a strike was going on. More importantly, though, I know that while GM acquired McKinnon Industries in 1929, the McKinnon name remained in use through the mid-1950s. I love this sign, because on a layout it would tell everybody, immediately, what they’re looking at.

Here’s another photo of McKinnon, taken in 1938: 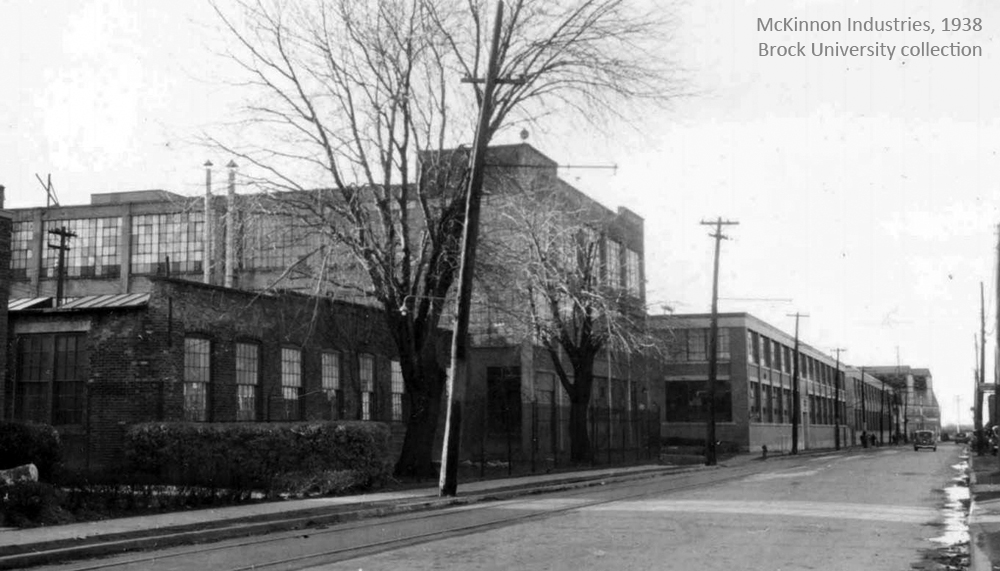 This one, from the Brock University collection, looks north up Ontario Street and shows the facilities on the west side of the street, including the foundry in the distance. What I like about this one is it clearly shows the location of the track along the west side of the street (in the 1980s when I saw this area first-hand, it had been relocated to the middle), plus the pole line that carries municipal power, power for the NS&T, and lighting for the sidewalk. It’s worth comparing this image to others that I’ve shared on this website in a post called “The Magic of McKinnon on Ontario.