The railway’s primary purpose was to remove and dispose of material as shovels dug the power canal. As such, dump cars dominated the line’s roster. Chapter 18 of the revised John Mills book on the NS&T notes that the construction railway had 250 such cars at its peak. The locomotives were equipped with extra air tanks and high-capacity compressors to provide the air necessary not only for braking but also to operate the dump cars.

In the archives, I found a book of photos that also included information about each piece of HEPC equipment. I believe this book was an evaluation of the equipment for insurance or possibly sale purposes. Here are the valuations covering 220 dump cars of three types, all used on the construction railway: 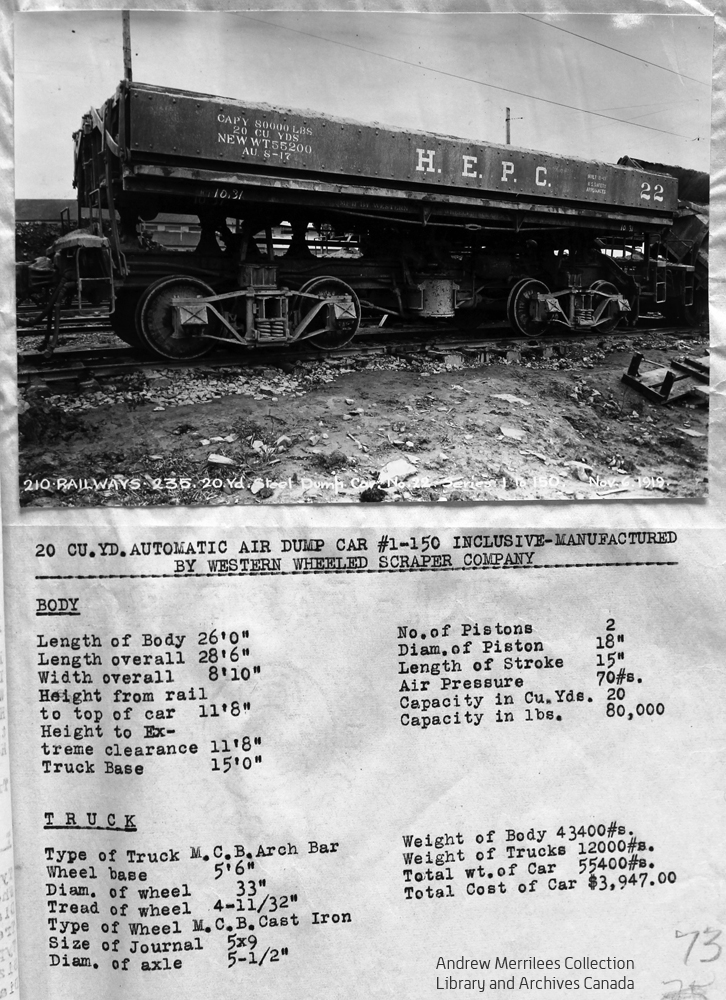 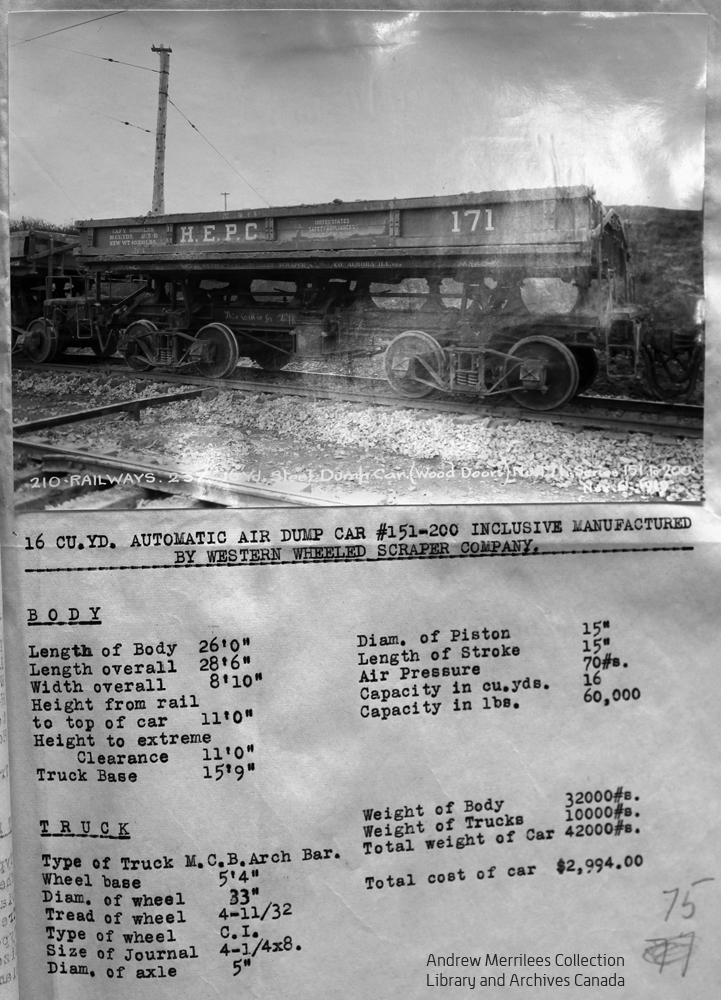 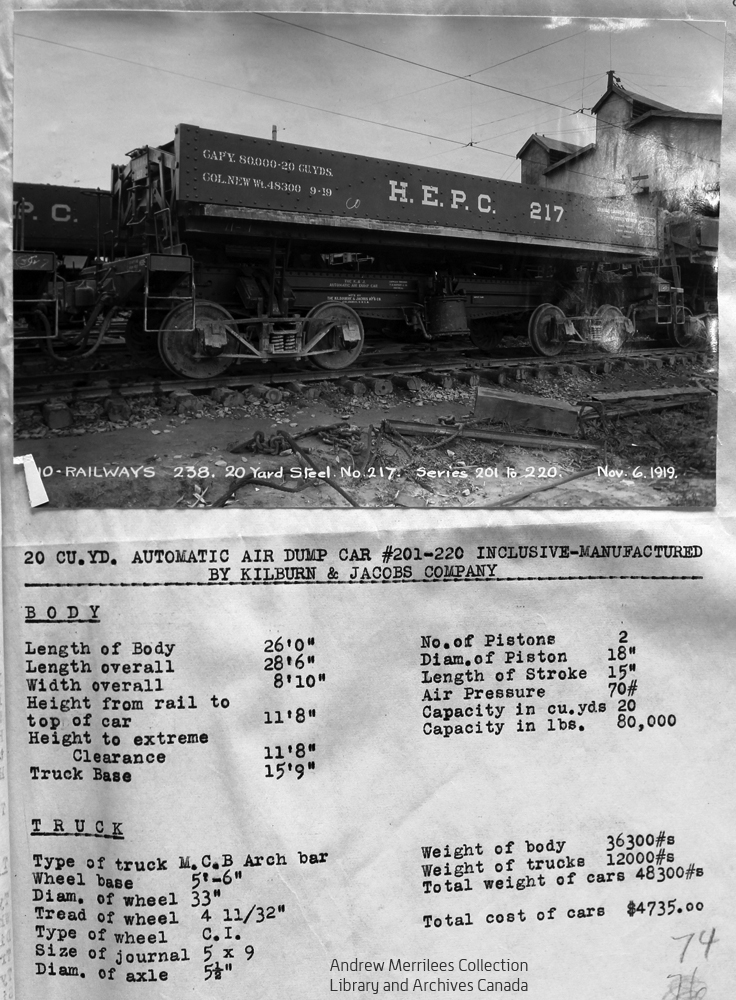