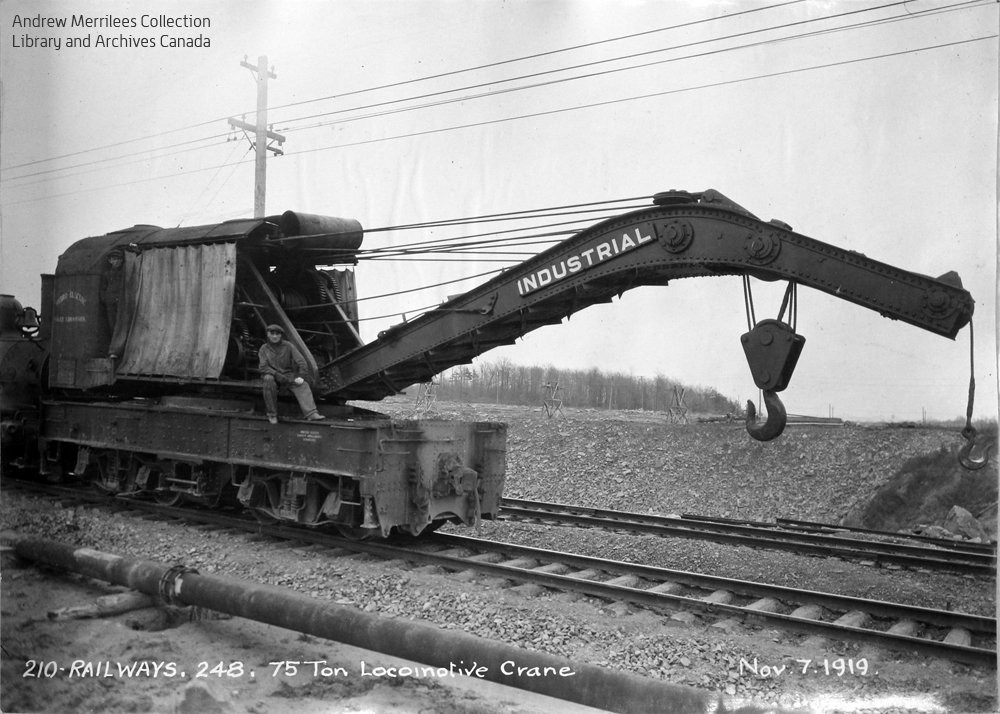 As noted previously, this railway was an interesting electric line that once operated in the Niagara Region. The railway’s primary purpose was to remove and dispose of material as shovels dug the power canal. As such, dump cars dominated the line’s roster – and I wrote about those in an earlier post in this series. But other industrial equipment was needed too – including this steam crane, #6.

(I don’t see any number on the crane – but as noted below, this one was assigned “#6” – so that’s what I’m calling it. While it’s difficult to see in the lead photo, the letting on the cab reads “Hydro Electric Power Commission”.)

The crane is coupled to an unidentified HEPC steam locomotive. While the HEPC used many electric freight motors, it did have steam engines on the roster too, although I don’t have any information about those.

I do not know the disposition of this crane – other than that it did not make it onto the NS&T roster.

In the archives, I found a book of photos that also included information about each piece of HEPC equipment. I believe this book was an evaluation of the equipment for insurance or possibly sale purposes. Here is the page from that book that provides details for Steam Crane #6: 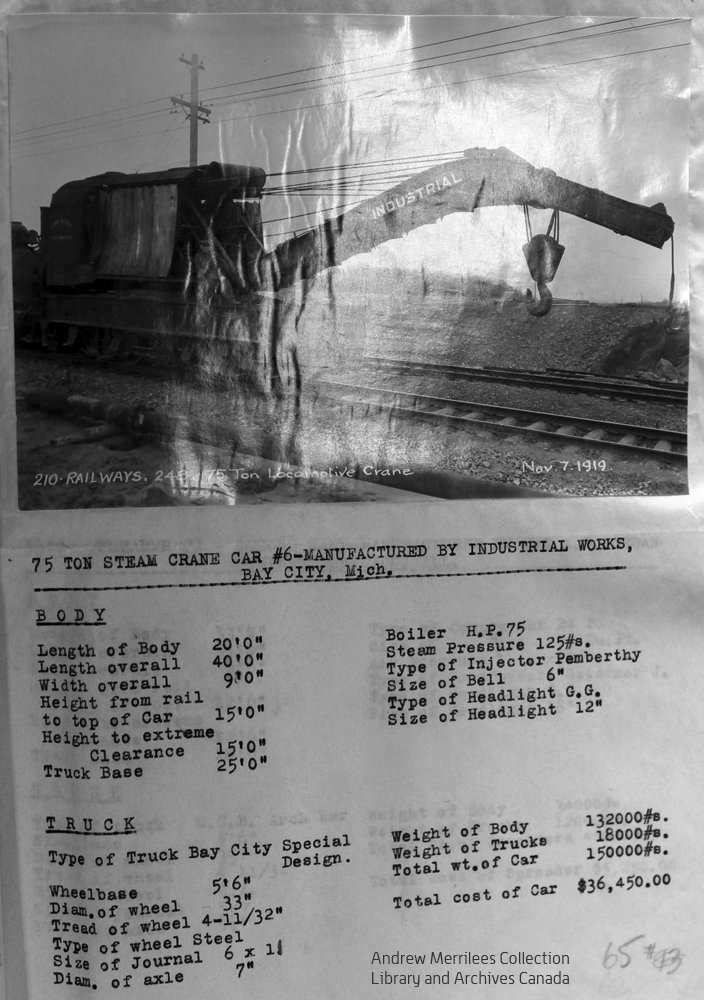 One thought on “HEPC: Steam Crane #6”