In yesterday’s post, I noted the Niagara St. Catharines & Toronto Railway identified many of its stops on the Welland Division with black numerals in a yellow circle. Here’s another example – from the collection of photographs, maps and other materials I acquired from William Flatt: 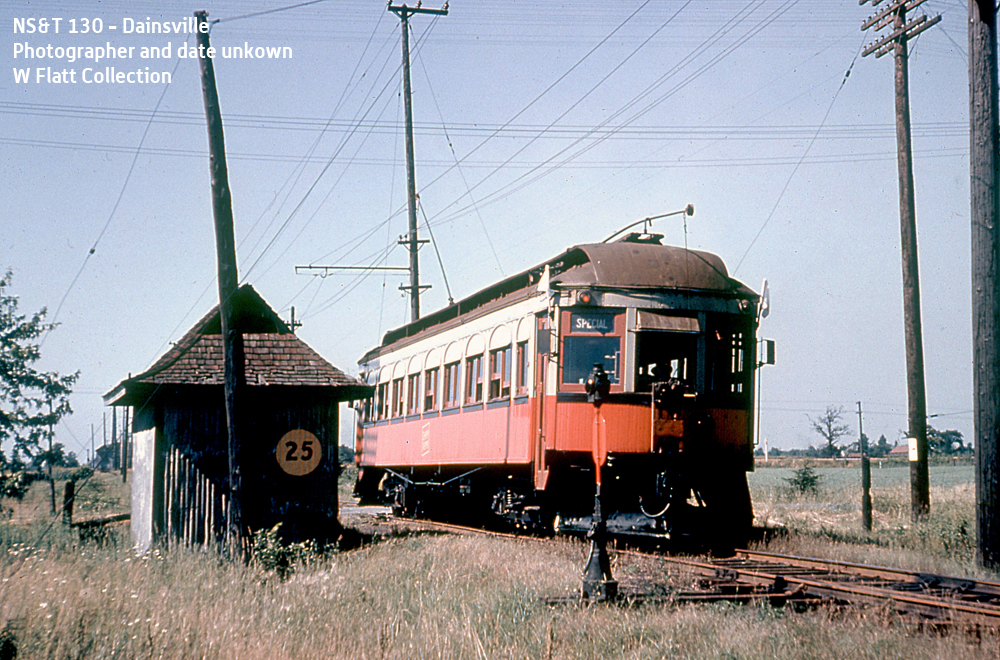 Dainsville is just south of the NS&T’s level crossing with the Canadian National Railways Cayuga Subdivision – used primarily by the Wabash to connect Buffalo and Detroit across Southern Ontario, and modelled at one time by my friend Pierre Oliver. The photo is looking south from the road crossing. 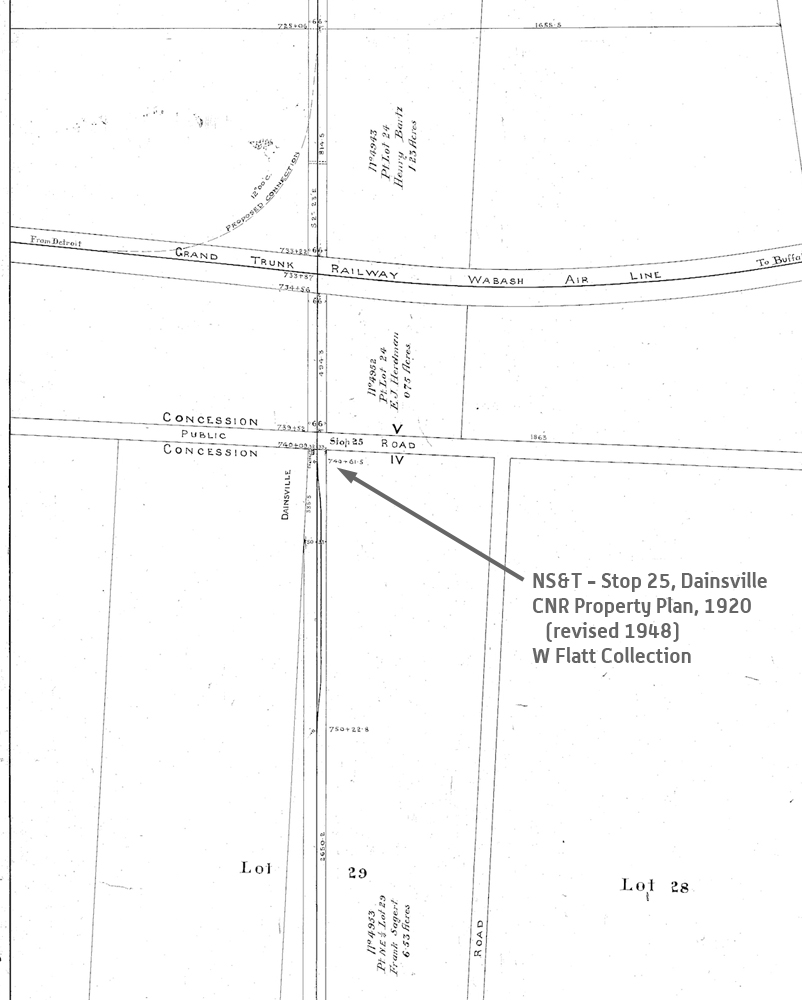 I believe the east-west public road to the north of the stop is Forks Road East, and the road to the east of the NS&T track, running south is Elm Street. Today, the NS&T right of way here forms a part of Trillium’s Port Colborne Harbour Railway. The passing siding and shelter are gone.