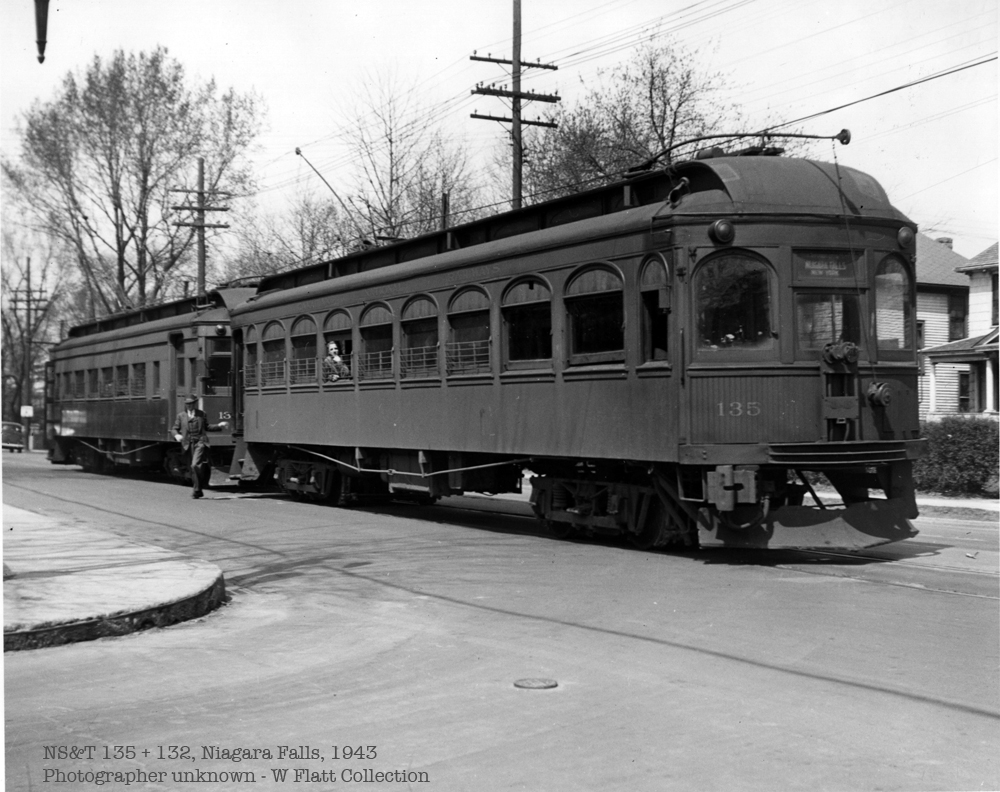 In yesterday’s post, I promised another photo of these two 130-series cars. This is a lovely shot – possibly taken the same day – in Niagara Falls. I’m not sure of the exact location.