I’m working my way through the collection of photographs, maps and other materials I’ve recently acquired from William Flatt – and I thought I’d share some of the images that speak strongly to me about the Niagara St. Catharines & Toronto Railway. In posts earlier this week, I shared a couple of black and white photos of the 130-series. Here’s one of the class car – number 130 – in colour: 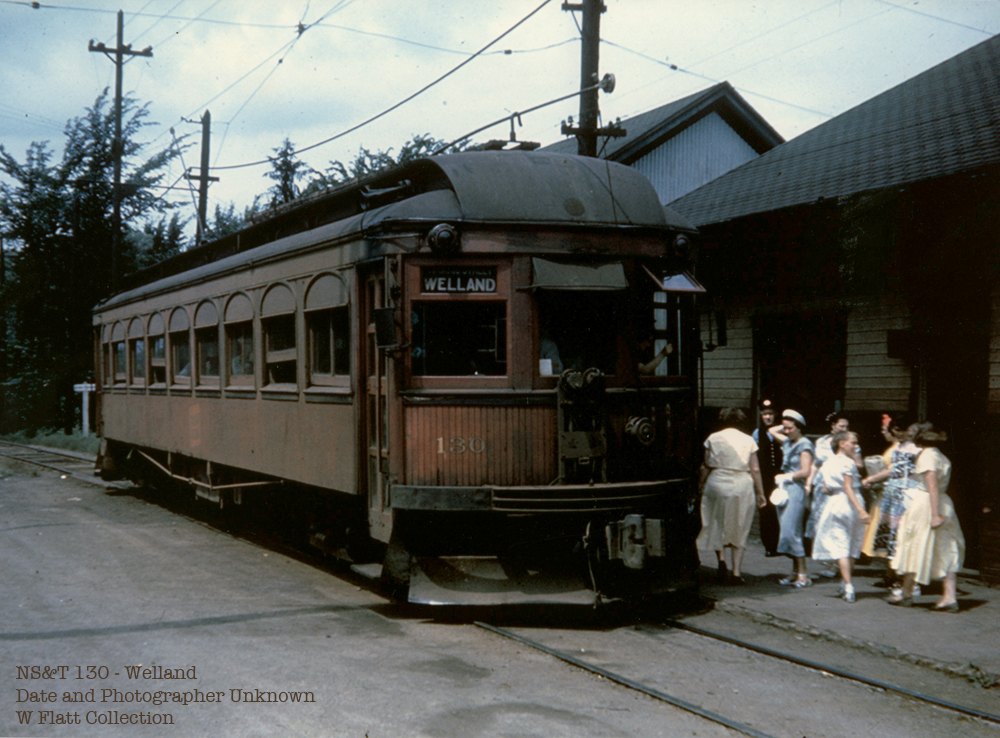 NS&T 130 makes a station stop at Welland. I don’t know the date but the 130-series was used in Main Line service, which was discontinued in 1947. Possibly, this photo was taken after that.

I don’t have too much to say about the car in this photo except that it’s a beautiful example of a wooden interurban. As I noted in yesterday’s post, unlike its sisters this car was not scrapped by the railway. It was preserved in Sandy Pond, NY but allowed to rot in place.

I do love this photo, though: the well-dressed motorman (at least, I assume he is) is in the midst of the group of ladies on the platform, presumably taking their tickets and helping them aboard.

EDIT: As discussed in the comments, a closer look at the high-res version of this photo shows a motorman clearly in the front window of the car. You can just make out his bare arm in the window closest to the ladies on the platform. That would make the railway employee on the platform likely the conductor.