I’m working my way through the collection of photographs, maps and other materials I’ve recently acquired from William Flatt – and I thought I’d share some of the images that speak strongly to me about the Niagara St. Catharines & Toronto Railway. In posts earlier this week, I shared some photos taken in the 1940s. Here’s one from an earlier time: 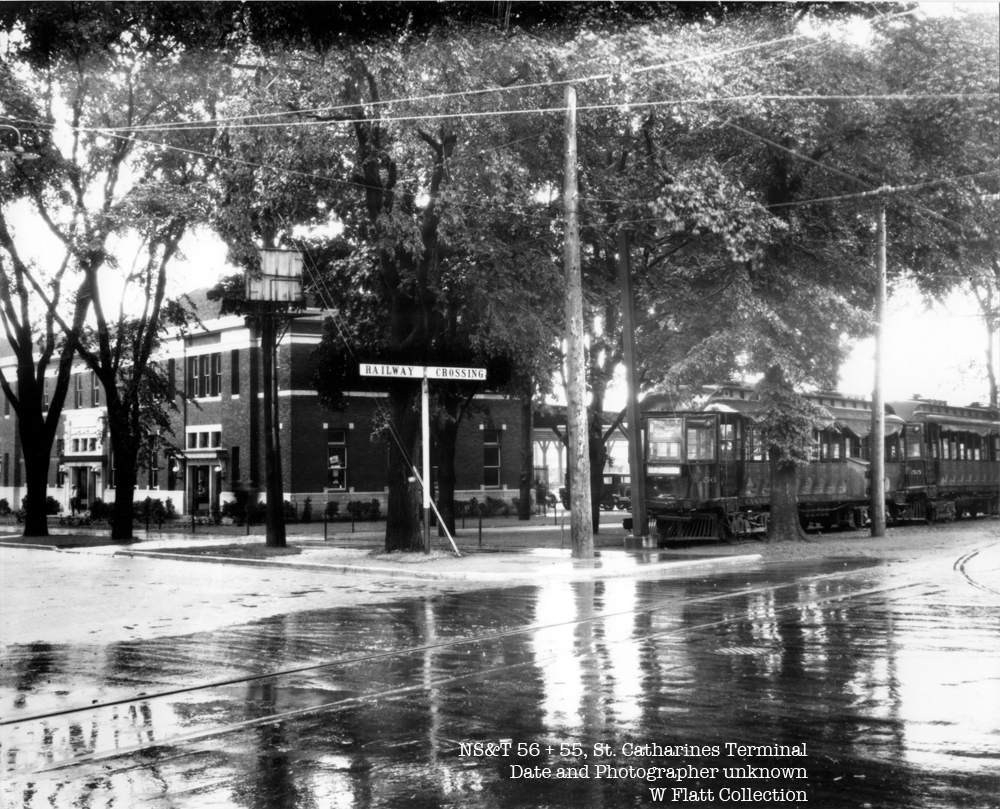 NS&T 56 and 55 rest under the trees at the St. Catharines terminal – Date and photographer unknown.

The cars are on a track parallel to Welland Avenue at the terminal in St. Catharines. Geneva Street runs in front of the building. While I don’t have a date for this photo, I know the terminal opened in 1924 and these open cars were scrapped in 1933, so that narrows it down.

It has either recently rained, or the road has been watered to control dust. Did they do that in St. Catharines in the 1920s? I don’t know – but the wet road sure adds to the atmosphere of the photograph.