I’m working my way through the collection of photographs, maps and other materials I’ve recently acquired from William Flatt – and I thought I’d share some of the images that speak strongly to me about the Niagara St. Catharines & Toronto Railway. A few days ago, I shared a photo of a passenger train at Substation Junction. This photo was taken in almost the same location. 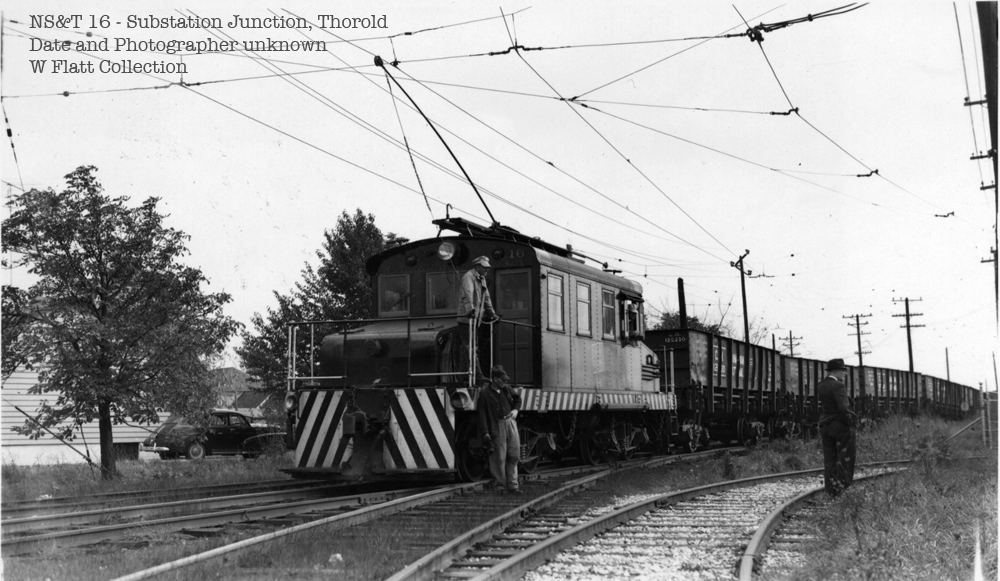 The crew is likely shoving these cars across the Welland Canal bridge en route to Walker’s Quarry on the east side of the canal. As with the earlier photo referenced above, the track its on is the mainline to Niagara Falls. The photographer is standing on the south leg of the wye that marked the connection to the Welland Division. The substation – for which the junction was named – would be behind the photographer.

NS&T 16 was the second #16 on the line. The 50-ton motor was built by National Steel Car in 1918 for the Queenston Power Canal Construction Railway. The NS&T acquired it in 1926 and rebuilt it with a new cab in 1930. When the CNR dropped the NS&T’s wires in 1960 in favour of diesel power, the 16 was transferred to the Oshawa Railway. In 1965, it was sold to Noranda Mines Limited.