NS&T 14 with a cut of cars on St. Paul Street – Date and photographer unknown.

The photographer took this image just west of Geneva Street in St. Catharines. We’re looking northwest. (For those who know St. Catharines well, the white building behind the train is the building that’s now occupied by Herzog’s – the men’s clothing store. And behind the boxcar at the end of the train, you’re looking at the building that would later house Niagara Central Hobbies. One of the best model railway stores in North America at one time, it never made the transition to the online economy and closed a few years ago.)

I love this photo – it’s the sort of railroading that appeals to me. This is a switch crew, working a short cut of cars, under wire, on trackage up the middle of a city street. When I was growing up in St. Catharines, I saw similar (although diesel-powered) trains every day, working the General Motors plant on Ontario Street. Other than the overhead wire, it was just like this.

I had some trouble pinning down exactly what this crew was doing on St. Paul, however. I didn’t know of any industries along the street – I thought it was solely a passenger-carrying line. (The city bus next to the steeple cab shows that the streetcars had been abandoned by this time.) So I posted the photo to the NS&T Facebook group, and the Niagara History and Trivia Facebook group, and got some answers. (Thanks to everyone who contributed!)

It turns out that there was a factory at the south end of Phelps Street (now Riordan Street) that was an NS&T customer. There are various thoughts about the identify of the customer – including English Electric, Resin-Tex Limited, Eaton Yale, and Ferranti-Packard. (Eaton Yale or Ferranti-Packard may make the most sense: those companies had foundry operations, which would explain the gondola cars in the train.)

As the saying goes, “getting there is half the fun”. Switching Phelps Street required a lot of backing and frothing. I’ve illustrated this by adding labels to an aerial photograph of the area: 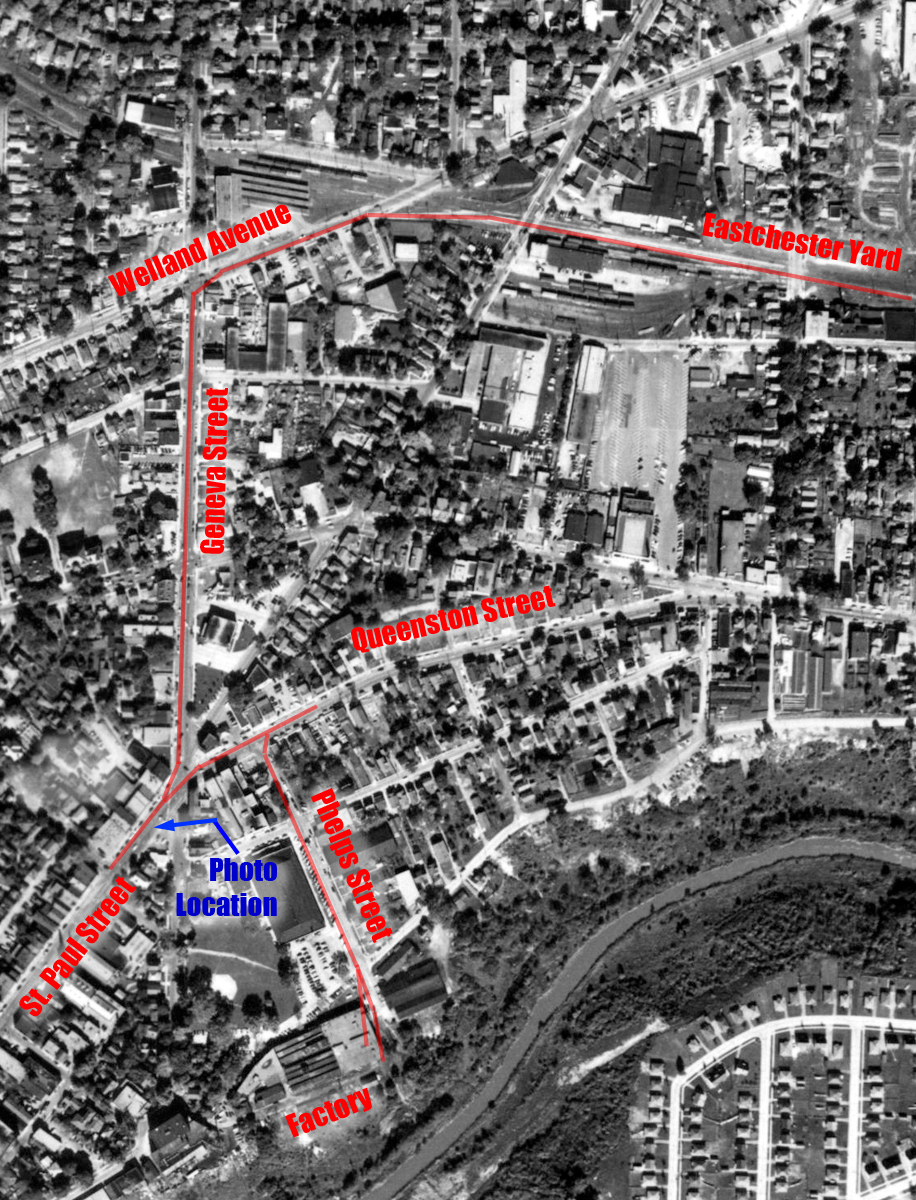 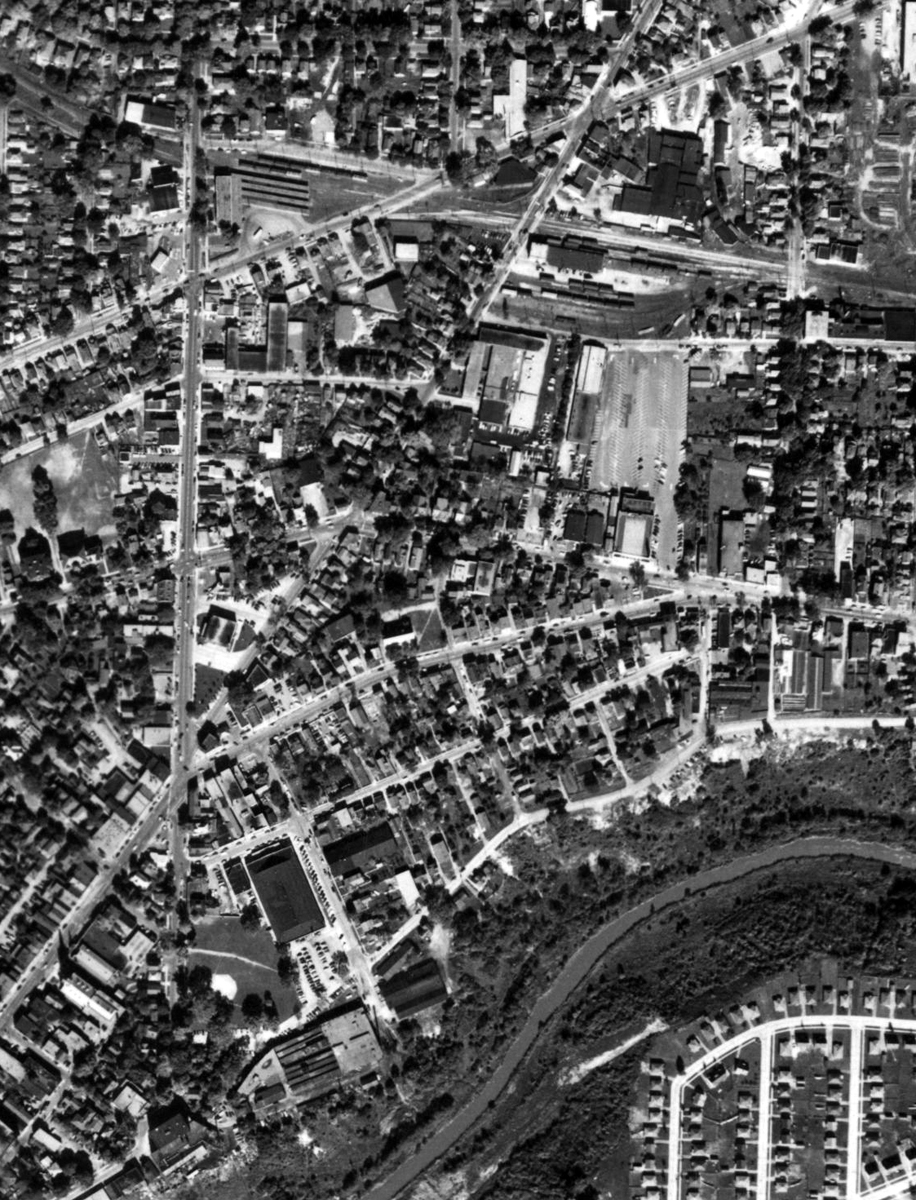 (As above, without the labels.)

Cars for this customer would’ve come out of the Eastchester Yard, west onto Welland Avenue, south down Geneva Street, and then west on St. Paul Street. That’s where the photo of Number 14 was taken. At this point, the crew is likely preparing to swap ends with the trolley pole: either that, or the crew member holding the pole’s rope is preparing to guide the pole as the train back-poles. (I’m told the track on St. Paul was cut back to Court Street – which is the gap between the buildings over the second gondola car. On the photo, I’ve ended my sketch of the line at Court.)

The train would then pull east on St. Paul and onto Queenston Street and run past Phelps Street before switching direction again and heading south on Phelps to the factory.

For those unfamiliar with St. Catharines, Welland, Geneva, St. Paul and Queenston are all major streets with a lot of vehicle traffic. It would’ve been a real challenge to switch this safely.

If I go ahead with the NS&T layout project, I know I will want to model some scenes where freight ran through the street, so this picture is a real inspiration.