Over the past couple of days, I’ve shared a few photos of the NS&T in and around its small yard in Thorold, Ontario. Here are couple more from the collection of photographs, maps and other materials I’ve recently acquired from William Flatt – featuring a freight motor with a thing for covered hoppers: 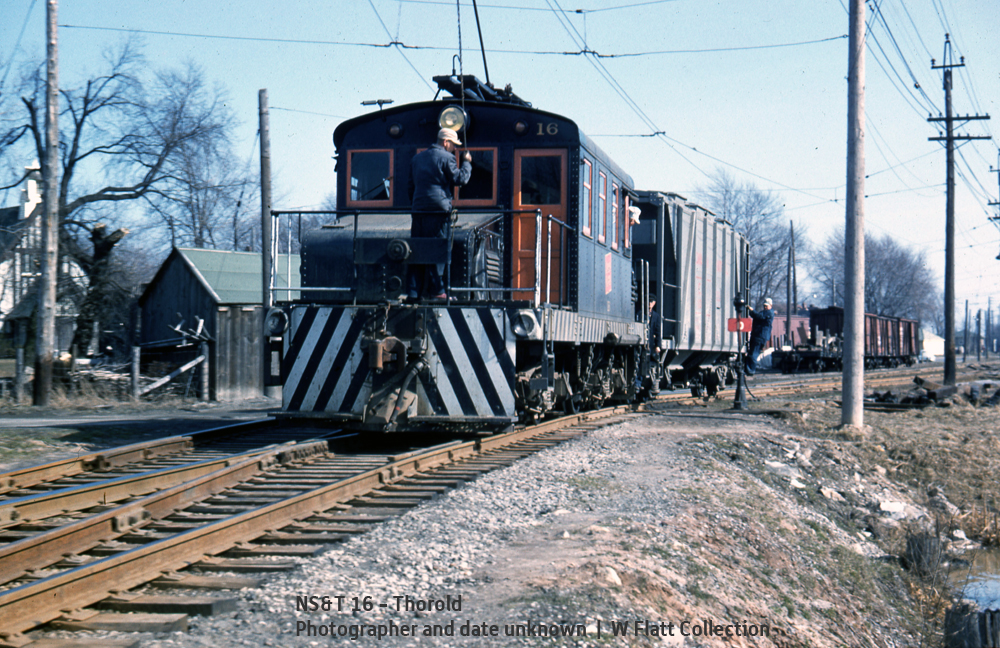 This photo was taken looking south, at the north switch of the small yard in Thorold. The photographer is on the west side of the tracks. The freight house would be behind him, to the left (east side) of the mainline. 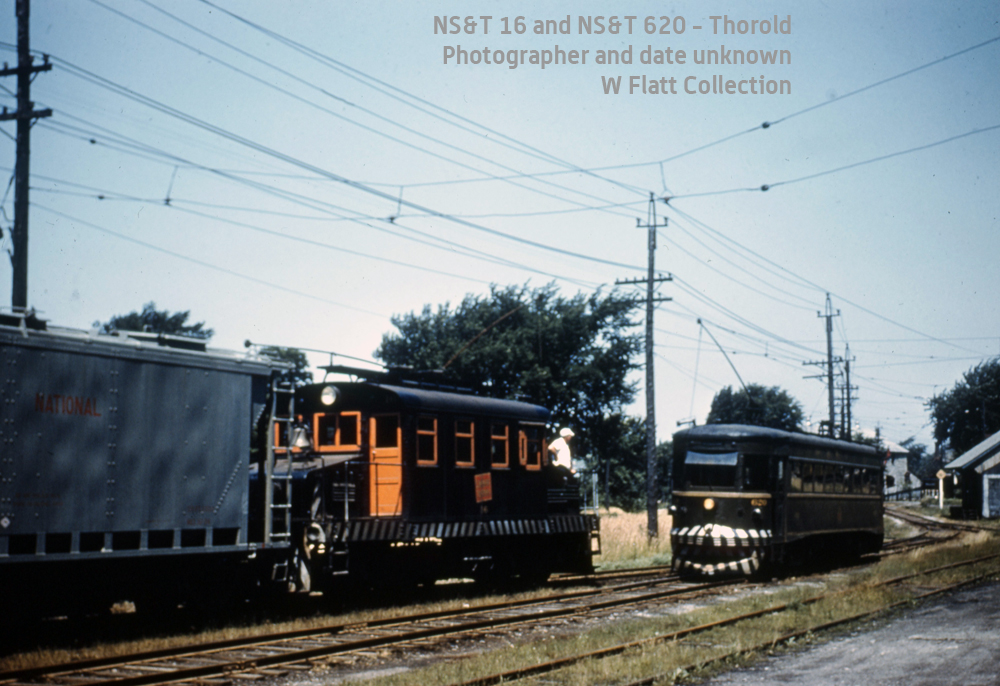 Here, NS&T 16 has paused in its switching to let passenger car 620 pass by, headed north towards the Thorold station. This time, it has one of CNR’s “slab side” covered hoppers in its care. We’re looking north this time, from the east side of the tracks, and the roof of the freight house can be seen at the right edge of the photo.

I’ve written about NS&T 16 before, and the 620-series cars have featured quite regularly on the blog, so I won’t repeat that information here. Instead, I’ll focus on the covered hoppers.

In both photos, the car that the crew is switching has probably just been loaded at Exolon, located a half mile southwest of the yard (between MP .77 and .98 on the Welland Division). According to The Welland Canals and their Communities: Engineering, Industrial, and Urban Transformation by John N. Jackson, Exolon – an American company named for the fused aluminum-oxide abrasive it produced – opened its Thorold plant in 1914 to take advantage of cheap hydro electric power. The plant received raw materials via canal, including petroleum coke and bauxite. It produced silicon carbide (“carborundum”) which it shipped to an Exolon plant in Tonawanda, New York. There, the material was crushed and graded, then sold for use in the abrasive paper, refractory and metal industries.

The crew is likely rolling the covered hopper over the small track scale located on the track closest to the canal. In the first image, the scale to the right, just out of the frame. In the second picture, it’s behind the covered hopper.

(*Subsequent to posting this, I found the same image – in black and white – in the second book by Andrew Panko and Peter Bowen. I’ve updated the caption accordingly.)