On the south side of the station in Thorold, the NS&T had a short layover track – a spur to hold passenger trains working the Welland Division between Thorold and Port Colborne. Here’s a photo of it, from the collection of photographs, maps and other materials I recently acquired from William Flatt: 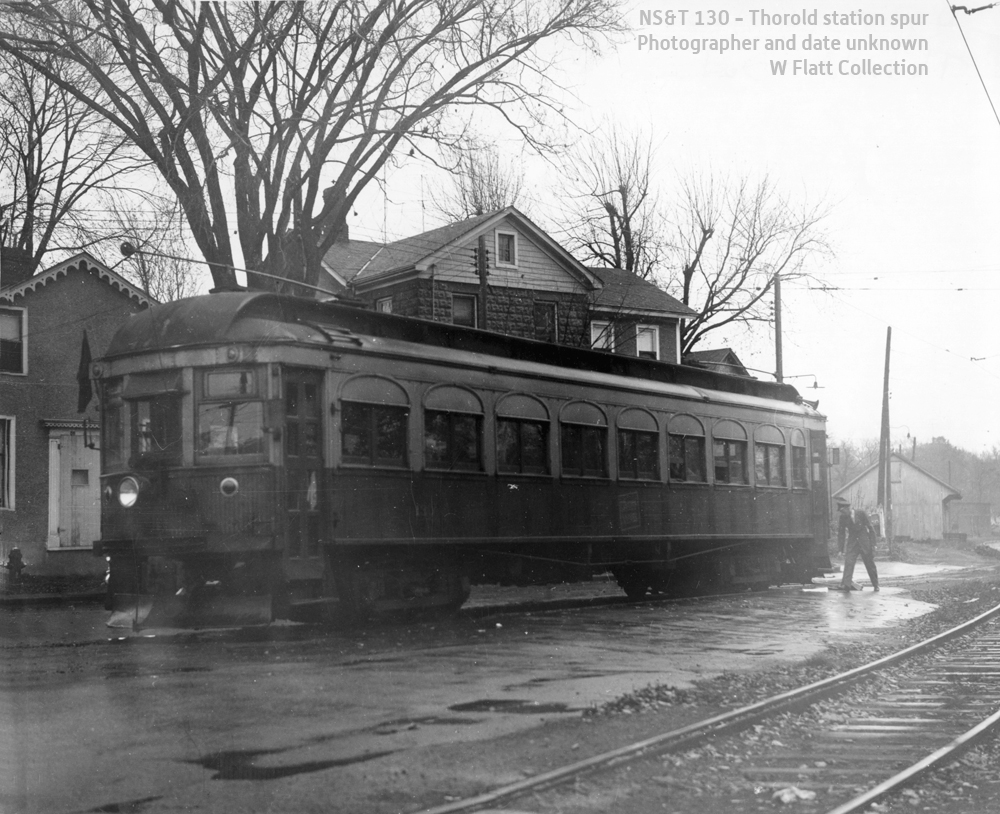 This is a lovely, atmospheric photo. It’s either raining – or has recently. Both poles are down so the car will be here for a little while, awaiting its trip south. The marker flags have been set for the next run. I like the mix of styles evidenced by the houses behind the car. The structure in the distance at right is the NS&T freight shed: The main track passes to the right of it, then through the small freight yard with track scale and onto Substation Junction.

I do like these 130-series wooden cars, and I’ve shared several photos of them. Of interest, NS&T passenger equipment wore a number of paint schemes throughout their lives. In a post earlier this week, Car 130 appears in a much-faded version of the all-red scheme. It wore the same scheme when captured at the Welland depot.

Even though the photo in this post is black and white, it’s clear that the car is wearing the cream over red seen on the cars in my post about the siding at Woodruffs. As mentioned in an earlier post, the NS&T repainted this car into the cream-over-red scheme sometime between July 24/48 and August 24/52.