I’m rarely certain when photographers took the images in the collection of Niagara St. Catharines and Toronto Railway photographs, maps and other materials I’ve recently acquired from William Flatt – but in this case, it was easy to pin down, as a note on the back of the photo included the date: 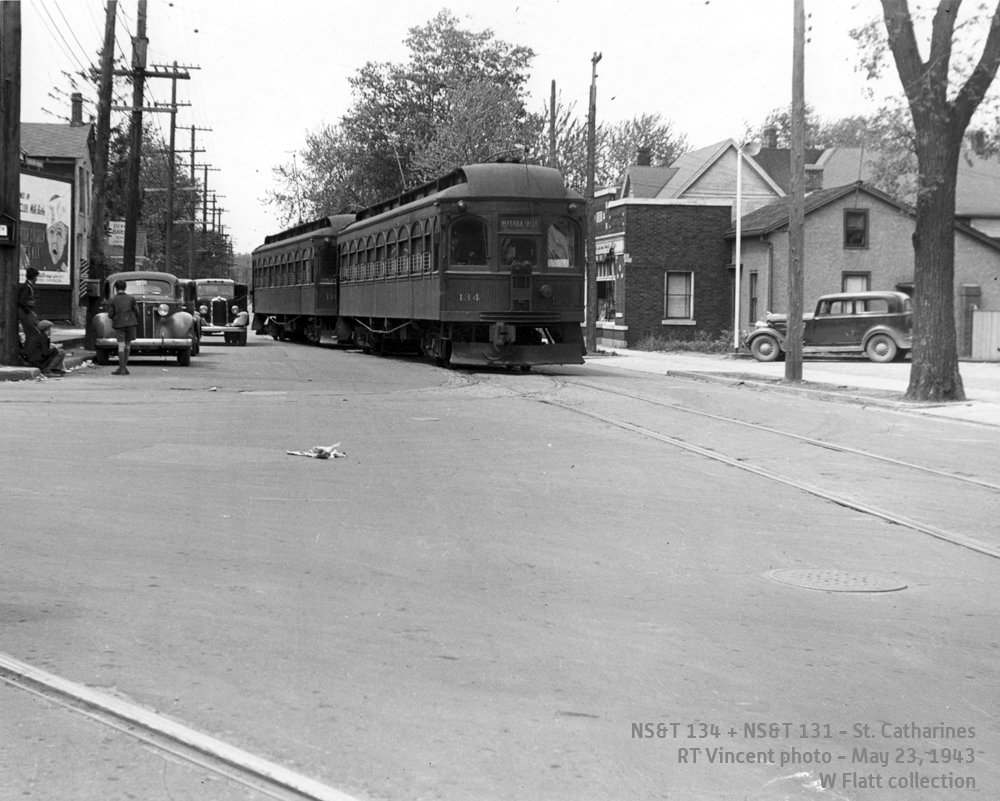 (A cropped version of this photo appears in the second book by Andrew Panko and Peter Bowen.)

I do like these big wooden cars in the 130 series. At this time, they would be operating in boat train service from Port Dalhousie East (on the Grantham Division) to Niagara Falls. Here, they’re on Welland Avenue at Geneva Street, heading east towards the photographer from the NS&T car barns a few blocks to the west. They’ll shortly reach the terminal, behind the photographer and on the right (north) side of Welland Avenue, to begin their working day.

Here’s a more recent look at the same corner: 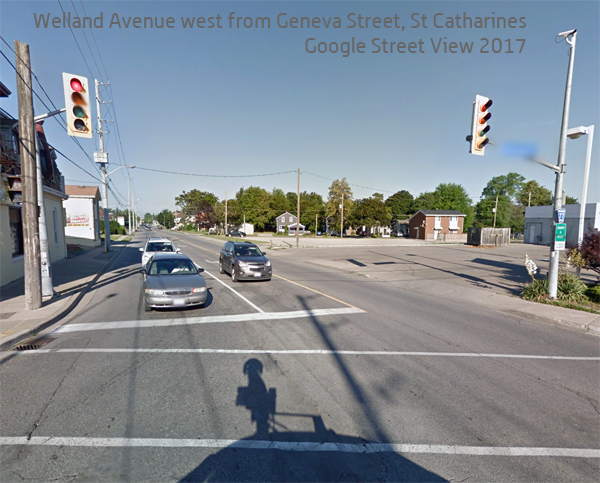 It’s easy to identify the building with the peaked roof, at left, in both photos. The buildings to the right of the interurban have been torn down: They would’ve been just behind the car in the left-turn lane.

Of note in the 1943 photo is the group of boys on the corner at left – doing what kids do: hanging out. Kids appear in many of the photos I’ve shared via this blog. It seems that if there’s a train on the street, there will be kids on the street watching it…