The Niagara St. Catharines and Toronto Railway rostered an eclectic collection of equipment – including many pieces acquired secondhand. Included in the “previously enjoyed” category are a trio of freight motors originally built for the Queenston Power Canal Construction Railway – an industrial railway operated by Ontario’s Hydro-Electric Power Commission (HEPC). Here are photos of all three – from the collection of photographs, maps and other materials I’ve recently acquired from William Flatt: 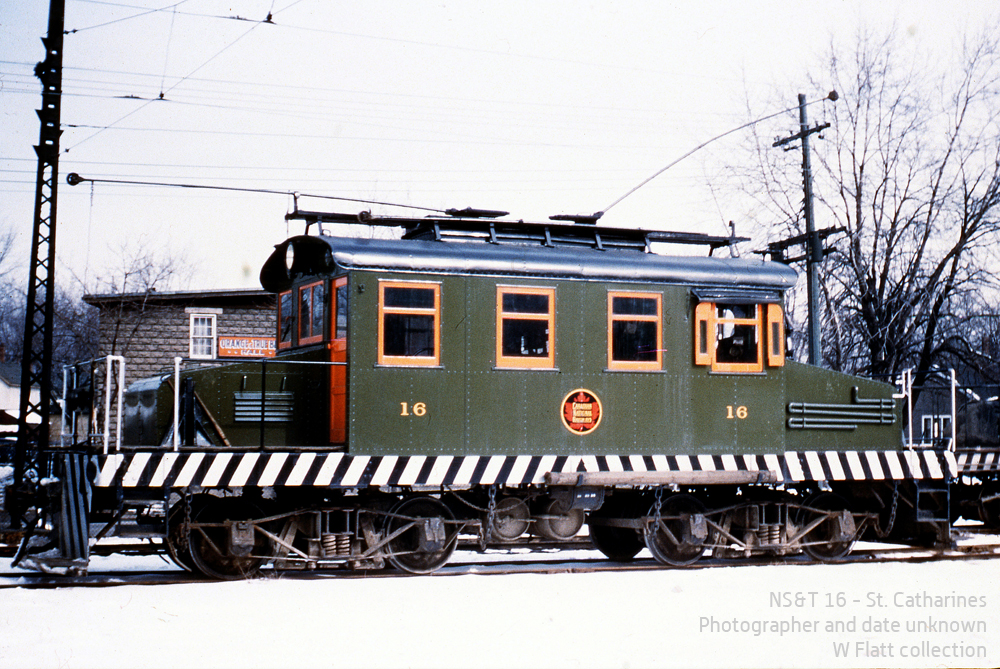 National Steel Car built NS&T 16 in 1918. This 50-ton freight motor was acquired from HEPC in 1926. Its number on the Queenston Construction Railway is not known, but it joined the NS&T as the second Number 16. (The first 16 was sold to the Montreal & Southern Counties in 1925, but returned to the NS&T in 1936 as Number 19.) When acquired by the NS&T, this freight motor sported the same body configuration as Number 17 (below), but the NS&T rebuilt Number 16 in 1930, giving it a new cab with a distinctive four-window side arrangement. I’m not sure why this was done. 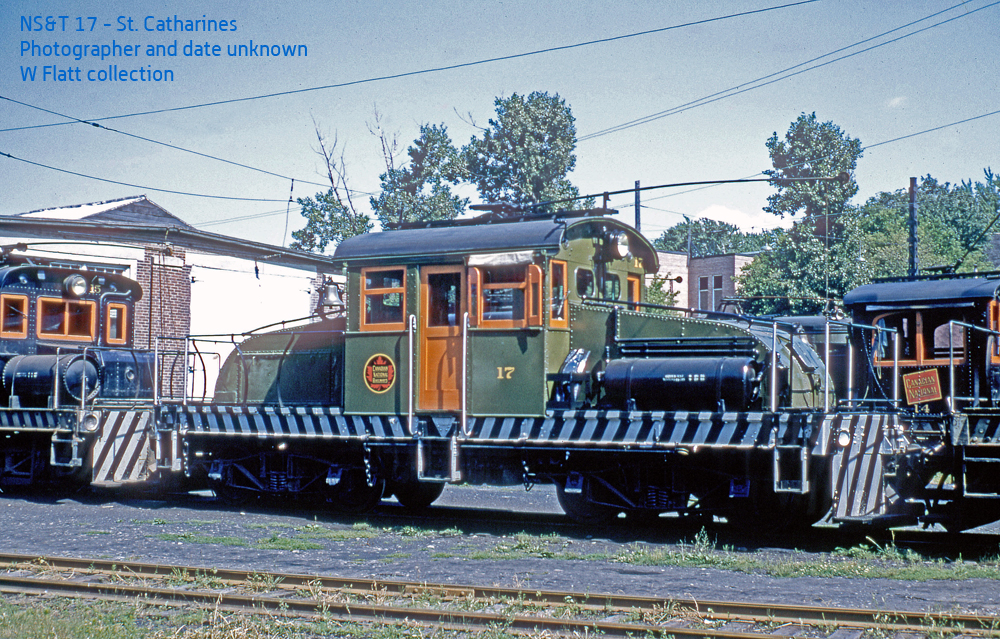 NS&T 17 is also from the National Steel Car class of 1918. It was originally Queenston Construction Railway #E-9. Number 17 was 35 feet long and weighed 50 tons. I love the design of this freight motor, and I’m glad I have photo etches and detail parts to build it. 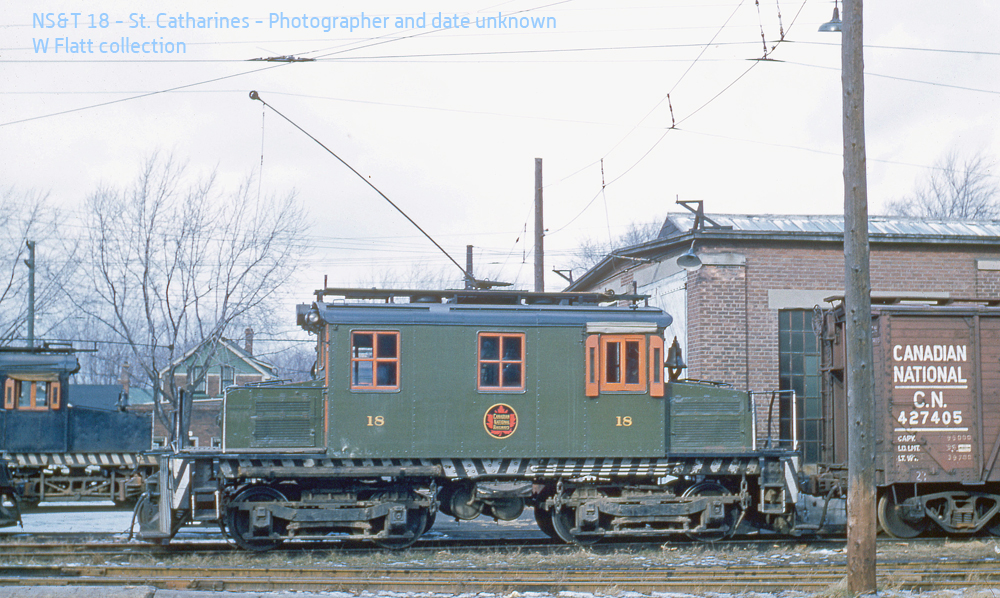 Number 18 is a classic Baldwin Westinghouse freight motor design. B-W built this 55-ton unit for the Auburn & Syracuse Railway in 1918. The Queenston Construction Railway acquired it, second hand, a year later, and it became #E-21. It was reassigned in 1924 to the Toronto & York Railway as that line’s Number 2, and acquired by the NS&T in 1927. I also have photo-etch and detail parts to build this freight motor.

The revised John Mills book on the NS&T includes a chapter (18) on the Queenston Power Canal Construction Railway. It notes the canal was 8.5 miles long and its construction required the displacement of nine million cubic yards of earth and four million cubic yards of rock. The railway had 24 electric locomotives (plus a number of steam engines), plus about 250 air-operated dump cars.

The overhead wire was off-centre, so electric locomotives were each fitted with four trolley poles. They also carried heavy duty air compressors and larger than usual air tanks, because in addition to needing air for braking, they also supplied air to operate the dump cars.

When the CNR shut off the power on the NS&T overhead in 1960, all three locomotives transferred to the Oshawa Railway. From there, they took diverging routes. Number 16 went to Noranda Mines Ltd in 1965. Number 17 was scrapped in 1964. And Number 18 went to the Connecticut Electric Museum at Warehouse Point in 1965.