In yesterday’s post, I shared an image of Niagara St. Catharines & Toronto Railway number 41. Here are a couple more views of that express motor from the collection of photographs, maps and other materials I’ve recently acquired from William Flatt: 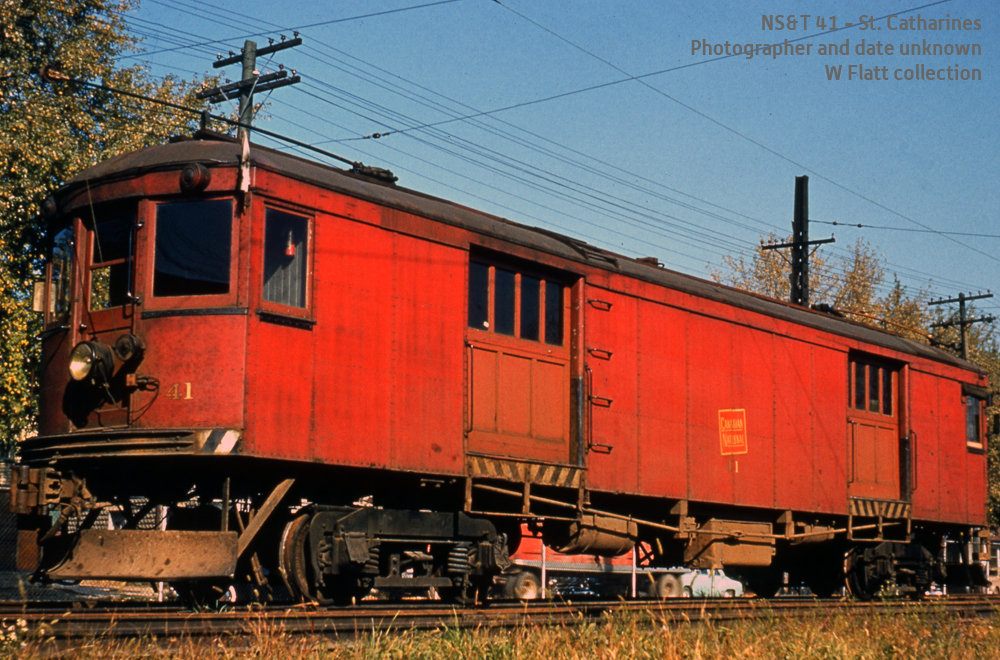 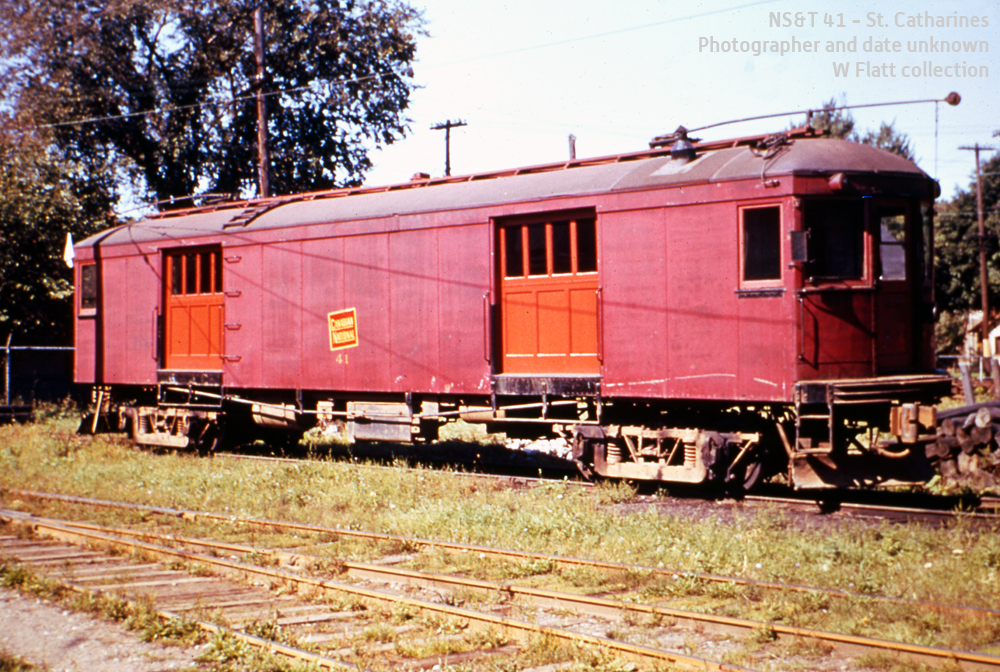 In these two views, NS&T 41 is resting in the yard at the Welland Avenue car barn in St. Catharines.

Number 41 was built by the Cleveland, Painesville & Ashtalbula in 1917 as its number 60. The NS&T acquired it in 1927 and undertook a significant rebuilding of the car. It was originally a wooden car, but later received steel sheathing.

Number 41 survived in red paint at least until 1952: it was painted into green sometime before 1957, and withdrawn from service in 1958.

I don’t know its ultimate fate, but I assume – like most of the NS&T equipment – it was scrapped sometime after the power was shut off in 1960. This express motor was part of the famous “funeral procession” photographs – depicting a string of equipment headed for scrap, led by NS&T 20, in 1959.