The Niagara St. Catharines & Toronto Railway had many homebuilt pieces of equipment – but it also rostered a few catalogue models from major builders. Here’s an example from the collection of photographs, maps and other materials I’ve recently acquired from William Flatt: 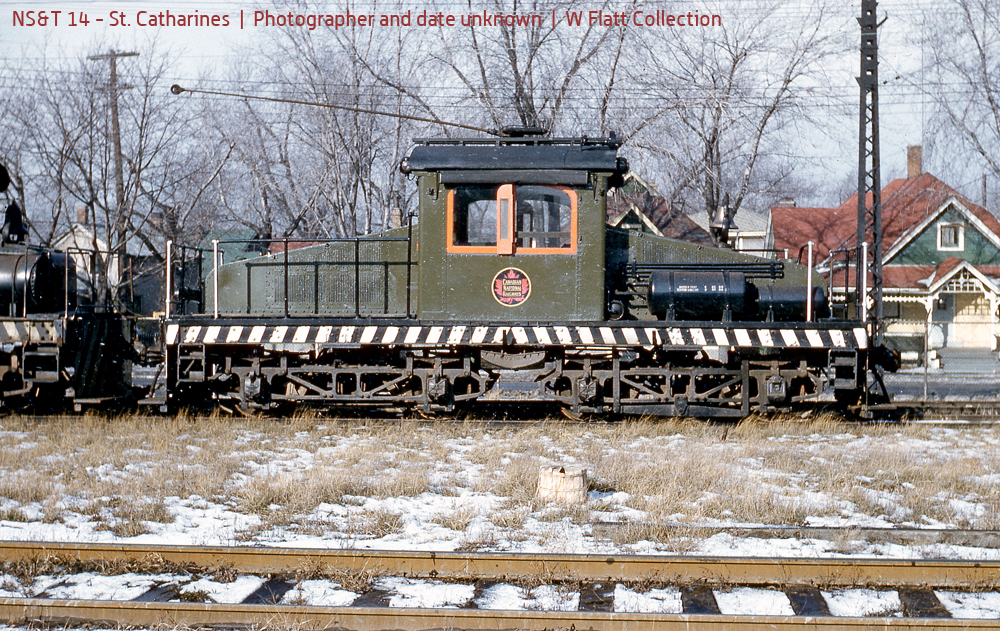 NS&T freight motor 14 is resting in the yard at the Welland Avenue car barns in St. Cathrines.

General Electric built this attractive unit in 1914. The NS&T rebuilt it in 1943, and it was scrapped in 1960. Of all the freight motors that lasted until the end of electrification, it was the lightest at 40 tons. It’s shown here in the CNR’s attractive green scheme. I love the collection of tanks and pipes next to the right-hand hood.

Number 14 was a popular motor on the NS&T, as it appears in many photographs. Unfortunately, I’m not aware of any model of this locomotive available in S scale. (It has been done in HO and O, however.)